I had a fresh install of RHEL 6.6 with MySQL 5.1.73. When i tried to reset MySQL root password for MySQL, it hadn’t worked. Reason was, that mysql.user table was empty, there was no ‘root’ user created.

Following helped me to resolve the issue:

I could connect to my account from the phone (Nokia C7) and I could also reach my account on internet, but I was not able to sign-in to my account in Nokia Suite.

Nokia Suite connects to the server account.nokia.com and auth.gfx.ms. For these servers, SSL 3 was disabled on October 15th 2014. As of today, these servers require TLS 1.0. Nokia Suite does not use TLS 1.0 but only SSL 3, because Nokia Suite uses the QT framework 4.7.4. Up to that version, the QtNetwork class QSslSocket used SSL 3 and not TLS 1.0 as default protocol.

Issue can be resolved by replacing a DLL file:

When exiting Google Earth I’ve got the message that the myplaces.kml file could not be written down, writing to myplaces.kml.tmp instead.

Fixing is simple:
Go to the directory with settings (eg. in Windows 7 location is C:\Users\your_username\AppData\LocalLow\Google\GoogleEarth) and rename myplaces.kml.tmp to myplaces.kml.

From server perspective everything with Digital IBMer 2014 works fine. But end-users reported strange behavior: some pages were empty for them. 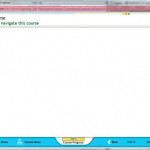 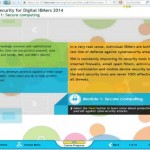 As issue was reproducible only in IE11 and not in other browsers (IE9, Firefox, Chrome, Safari), we were sure issue is not on our servers, but on the course side. We engaged developer of the course, guy from India, DOJO and browser expert. It took him about 10 minutes to identify the issue.

Problem was that somehow IBM internal servers made it to the Microsoft compatibility list, and so the production server pages were rendered in IE7 compatibility mode. And this caused Framework malfunction. Helpdesk was instructed to suggest to users to turn of both checkboxes in Compatibility View settings and make sure ibm.com is not listed within Compatibility Mode Websites, what resolved the issue. 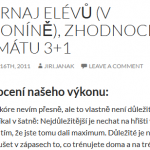 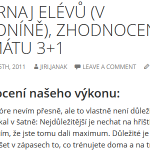